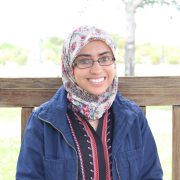 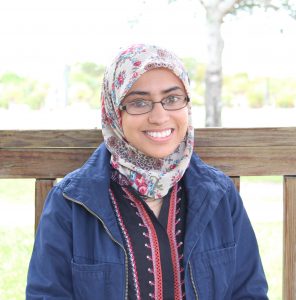 Even though biological systems and engineering are two paths that seem to lead in different directions, Sana Nasim has always envisioned pursuing a career in the two fields. In Pakistan, where Sana was born and raised, she says the study of highly specialized engineering fields is uncommon. Even rarer are women in these fields. Sana’s aspirations remained with her, however, and she is now working towards a doctoral degree in biomedical engineering, a field that merges her two dream career paths.

Sana initially came to FIU because of the NSF Bridge to the Doctorate Fellowship, which covered her first two years of doctoral study. She cites the outstanding support group that accompanies the fellowship as an important factor in her decision. Sana will continue her biomedical engineering work with the support of a $60,000 grant funded by the Miami Heart Research Institute.

The Miami Heart Research Institute, also known as the Florida Heart Research Foundation, is a non-profit organization whose mission is to stop heart disease through education and prevention. Sana’s grant, titled “Phenotypic and Functional Characterization of Neural Crest-derived Aortic Valve Interstitial Cells,” is renewable for an additional year and will enable Sana to perform interdisciplinary research. She will work towards understanding more about how neural crest-derived cells affect the aortic valve extracellular matrix.

“This grant helps expand the understanding of the regulation and formation of elastin in the aortic valve,” Sana says.

After completing her doctoral degree, Sana plans to pursue a post-doctoral position in an interdisciplinary lab where she can utilize her engineering and biomolecular skills. Eventually, she would like to work at NIH as a research scientist and teach on a part-time basis.

Beyond her scientific goals, Sana wants to encourage others to pursue knowledge and further their education. “I want to empower women to pursue higher education and take initiatives to question unanswered questions in the research realm as well as in our society,” she says. “I want to bring awareness from my being that you could be anything that you dream to become.”